I was walking through a fishing village, many years in the future. The earth had used up all of its energy and now, mankind had returned to being an agrarian society. My lady was at my side as we passed a fishmonger and a fellow cleaning the hull of his boat, which was drydocked for cleaning and repairs. In the distance I could see a horse, pulling a carriage of some sort. A lot of folks were out and about on a sunny morning. We crossed in front of the horse, nearly stepping on two guys who were wrestling around on the ground, fighting over something. Reaching a bin, in front of a building that was not there, I reached inside and pulled out a fishing net/trap combo, while my companion, whose name I did not know, grabbed a pair or oars. We turned back to the street with our items and began walking. The director yelled, “Cut!” Welcome to a peek into my newest adventure. I have become a background actor. It all started when I read a notice in an online version of the newspaper in Atlanta. “Extras wanted for TV show filming in Atlanta,” it said. I read the notice, noted the details, and responded per the instructions, never expecting a response. But, as fate would have it, I got one. It is an interesting process. The casting companies who are hired by the producers of movie and TV shows will post notices in public places, like newspapers, and in more visible places like Facebook. Here is an example of a current request: Politicians for Wednesday! We are looking for some politician-looking types to work Wednesday on (Name of show). Looking for both males and females, all ethnicities. Ages 20-60s. SUPER clean cut. 3 pictures, height, weight, age and contact number to (email address@gmail.com. Subject: Politician Since I began doing this, I have worked more than a half dozen days, including the scene described above, from an upcoming full length feature film by one of the biggest producers in the business. We even signed confidentiality agreements to not reveal the name of the movie or specific details of the plot. I’m not going to say that this is for everybody, but I am enjoying the experience immensely. I thought it would be a one-time thing but I am hooked. The days are long, the money isn’t great and at times it can be monotonous, waiting in the holding area for extras, surrounded by a lot of younger people who think that a college degree in theater arts is their ticket to a role opposite (insert big name star here), until your scene is ready to shoot. Then you go out, like the cattle that Alfred Hitchcock said that actors are, and you do the scene, as they tell you, over and over until you hear the words, “Print it!” or “That’s a wrap!” When you hear that, then you know your job is done. If anyone is interested in trying their hand at being an extra, there are many places to sign up online. It is a chance to see a little of how the make-believe world of TV and cinema is created. 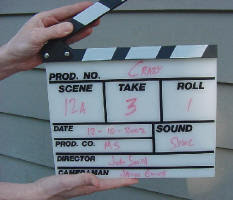 Posted by HeyyyyyyAbbott at 1:40 PM No comments:

When Irish Ears Were Smiling

It was quite a sight to see. The anointed had come out for a night of Irish songs, and they were dressed to the nines in their furs and elegant gowns, even a tux or two was spotted among the 1500 patrons of the arts who crowded in to the Ulster Performing Arts Center, in Kingston, New York. It was St.Patrick’s Day, and local radio station WKNY was sponsoring the evening. Ads had been running for weeks prior to the actual event, promoting it as an evening of traditional Irish music, sung by Ireland’s finest singer, Mary Black. The only problem was that it became apparent that maybe no one at the radio station had ever heard Mary Black. Nor had the audience. I first heard Mary Black at a small club called the Pursuit of Happiness, in Liberty, New York. Oh, she wasn’t performing there, but the club was playing a mix tape before the scheduled performer was to go on. A ballad, the likes of which I had never heard before, silenced the chatter and pretty much everyone listened until the song was over, at which time they resumed their chatter. I was so taken with the tune that I inquired of the manager as to who was that incredible singer, and what was that song. I was told that I had just heard Mary Black perform a song called Anachie Gordon, an ancient and sad ballad about a young woman who is forced, by her parents, to marry a sultan, as a means to wealth, when in truth she only has eyes for a sailor named Anachie. And like Romeo and Juliet before them, they suffer the tragic end, together. It was not “Danny Boy” or “When Irish Eyes are Smiling,” and nothing that Mary Black has ever recorded is either. Apparently, eager to book an Irish singer for St. Paddy’s Day, no one at the radio station ever bothered to listen to any of her music. They just assumed that Irish singers all sound alike and sing the same old songs, which were actually mainly written in the US. The words to "Danny Boy," for instance, were written by English lawyer and lyricist Frederic Weatherly in 1910. The tune was an old Irish aire called the Londonderry Air, but that is as far as it goes where the origins of the song are concerned. The ad promos for the concert all featured the canned Tin Pan Alley versions of “Irish” songs like those mentioned above, and nary a Mary Black song was even played on the radio. So, come the night. Mary Black took the stage to thunderous applause, and began to sing real traditional Irish songs like Anachie Gordon, but also modern classics like Farewell Farewell and Schooldays Over (written by Richard Thompson and Ewan MacColl respectively) and the crowd was confused. I kept hearing murmuring from around me, wondering when she was going to sing Danny Boy. She never did, of course. What she did do was to open up some folks ears to the true beauty of Ireland and its culture, and she put on one hell of a show. Later, the murmuring hordes bought CDs and cassettes by the handful at the concession table in the lobby. T’was a joyous evening spent. 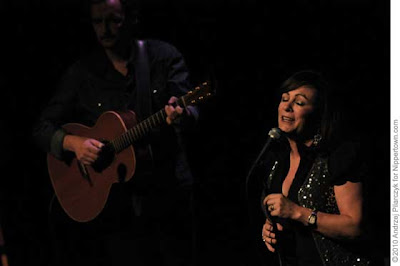 Posted by HeyyyyyyAbbott at 8:15 AM No comments: 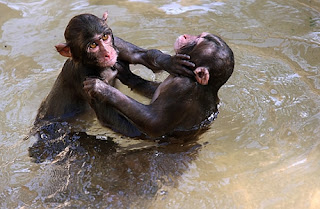 When I first started writing columns for the Progress-Argus,  I wrote about things that were political in nature. Not because I like politics and am obsessed with the subject, because I do not,  and I am not.  In fact, it seems that politics have that less than laudatory ability to bring out the very worst in people.  I wrote about politics because balance was needed to counter a columnist whose viewpoint was  very hardcore conservative, and the paper was trying to change their image, an effort that has paid off in a better balance of thoughts, ideas and opinions.  When that columnist left, I was urged to write about more general topics, things that I found interesting.  For example, last year’s walk across the United States, where I met so many people of all ideologies and backgrounds that I have a memory storehouse full of some wild and wacky tales, as well as some ugly stuff.
But nothing I saw on the road, the devastation  in Joplin included, was as ugly as what is going in this country right now.  A parade of suits are all marching down the electoral runway in hopes of getting chosen as the nominee for the upcoming presidential election. Each suit, with one notable exception, has a hopeful candidate who is willing to stoop almost as low as a human being can stoop to dig up dirt on the others. Or, they pay their hired guns to run ads that are just repulsive in nature. It is ugly, and it is making this country look like the laughing stock of the world at a time when our image is already in a state of flux.
I’m not here to debate anyone about whether I think the president is doing a good job (I do, given what he has had to work with) or whether his likely opponent would do a good job if he is elected ( I have no idea) but I will say that the entire process is reaching critical mass and if the vile rhetoric does not stop soon, or calm down, there may well be a meltdown.  You can’t parade clowns around and call them dramatic actors.  Apparently the human ego is so overwhelmingly strong that it also adds blinders, which prevent those who are acting so foolishly in their pursuit of the highest office in the land that they cannot see how foolish they look.
Whether it is trying to legislate things like women’s reproductive rights, or contraception (who in their logical mind would have thought that contraception would be a political hot topic in the year 2012? What’s next—repealing the Emancipation Proclamation?) or still insisting that we have a president who was born on another continent, it is all too much.  We are supposed to move forward, not backward.
Josh Joffen, a songwriter I know, once wrote a song about politics, but instead of his characters wearing suits, they lived in the trees and ate bananas.  Here are a couple of lines…
“Off in the distance, what’s that I hear? Could it be this is an election year? There’s fussing and fighting, scratching and biting, all around the country the fur is flying. Monkey see, monkey do. I am a better monkey than you.  Let's have us an election and when we're through,  we'll see who gets the biggest banana.”
Sound familiar?
Posted by HeyyyyyyAbbott at 10:26 AM No comments: