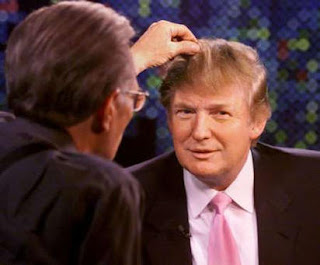 We have an interesting world right now. Countries long under the rule of cruel dictators in the Mid East are rebelling, with mixed results. Democracy looks good but they are finding that it is a tough job getting there. Once they do, though, they can enjoy all the great entertainment that we have here in the good old United States!
For example: They will get to elect their own leaders. One of their own will run for office against another of their own, and they will choose between them. That person will take office and for most of his or her term will suffer the slings and arrows of abuse and criticism and worse from the losing party, or candidate. And nothing much will get done because of all the squabbling.
My friend Josh Joffen wrote a brilliant song called “Monkey See Monkey Do” about all the silliness that springs forth during this whole process. An example: “Off in the distance, what’s that I hear? Could it be this is an election year? There’s fussing and fighting scratching and biting all around the country the fur’ll be flying, raising quite a ruckus for miles you can hear the sound. And when they’re finally finished there’ll be nothing left to pass around.”
Well, our monkeys are starting to come out of the trees, and not surprisingly, most of them carry a Republican card in their ape suits. One of them, Donald Trump, is a bit more of a monkey than the rest.
Trump, who, of course, is promoting yet another version of his trainwreck Apprentice television show, has been making the rounds of talk shows and has been making headlines by telling the world that he thinks that President Barack Obama was born not in this country, but in Kenya, and cannot produce a birth certificate proving his American birthrite. Well, Mr. Trump, no one can produce an original birth certificate, only a certified copy. Various statements by people at the hospital in Hawaii where he was born, as well as newspaper announcements of Obama’s birth, have pretty much put the argument to rest. Even Bill OReilly argued with Trump over the issue, to no avail.
And of course, Trump, who is not a stupid man, knows that no publicity is bad publicity, and has actually pulled into second place in polls asking who Republicans would vote for, for President in 2012. Only seasoned politician Mike Huckaby is ahead in the polls. The only trouble is that Trump is not going to run. I’d bet my life on that fact because to run for an office like President of the United States takes a few things: ego (of course, Trump has this times a million), smarts (again, Trump has them ) and credibility. Here is where Trump falls way short. By continuing his “birther” rants on every possible stage he can land on, he has pretty much blown any credibility has had out of the water. And the recent polls showing that 51 percent of the Republican party are also “birthers” means that this country has really fallen down in the IQ levels. It also means that it is going to be a landslide victory in 2012 for Barack Obama. The lineup for the Republican Party is a combination of un-electables like Newt Gingrich, who will probably be busy seducing his 4th wife, or is it third?, or Sarah Palin, who went from mayor of a small Alaska town to a national punch line overnight.
A bigger punchline is Donald Trump. Let’s hope we never have to hear the joke more than once.
Posted by HeyyyyyyAbbott at 2:42 PM No comments: